NIGERIA’S ECONOMIC UNCERTAINTY IN THE MIDST OF PLENTY BY DR. OKEY ANUEYIAGU 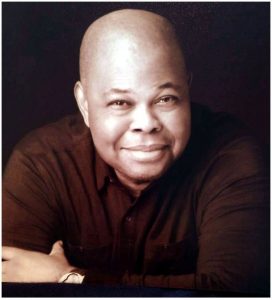 Nigeria, a country that is unsurpassingly enriched with abundant national resource wealth: both natural and human, has witnessed an unprecedented recession. Economic growth has stagnated so dangerously and remains below its historical average. Amongst the myriad of possible causes of this slow growth, are economic policy uncertainty and confusion. The case of monetary policy making and the lack of clarity and direction in its formulation, dissemination and implementation, no doubt has played a major role in impacting economic growth.

In recent times, most of the postulations and postures taken by local and international economists in examining the Nigerian economy, have pointed to the general economic uncertainty impacting negatively on investment, employment and capital expenditures, due to perennial economic policy uncertainties.

In writing this short essay, I attempted to inquire from the offices of the National Bureau of Statistics if there were scientific data that will determine the impact of government policies on the growth or otherwise of the economy.

From my days as a student of Economics and Political Science, the importance of verifiable empirical evidence or data was paramount to any study, and also as a teacher, the use of these study methodologies was an essential tool of teaching and learning. However, my inquiries at the Statistics Bureau left me more bewildered and depressed, as the institution that should provide the entire country with irrefutable tools for exploring key determinant variables for research and study, was nothing but buildings housing piles of dusty old literature and disillusioned staff.

Lacking essential scientific data to make accurate points and assessment of the impact of economic policy making and the attendant uncertainty it creates on the economy, I turned to my instinct and other essential market indices. I began to look at some indications that one of my Supply Side Economics professor in graduate school referred to as supply shocks and credit market index that determine general economic uncertainty. In so doing, the unemployment rate and industrial production decline index are used to measure economic conditions. According to these variables, the unemployment rate is presumed and expected to impact negatively on economic growth and compensation for the labour force, while industrial production is expected to impact positively on the economy. Unfortunately, the scourge of unemployment and the declining industrial output in Nigeria, essentially paint gloomy pictures.

The inconsistencies in our economic policy formulation and implementation, as well as the persistence of the overbearing influence of its uncertainties over time, are measured in the extent of the regression this economy has suffered in recent times. This is largely responsible for the slow recovery movement from recession. This economic policy uncertainty may be seen in the ways government has tried to unsuccessfully fix the failing economy and the follow up consequences of government actions and sometimes, inactions.

Economists and Government Policy makers often disagree on policies and ways and means by which a failing economy can be fixed and restored for sustained economic growth. These disagreements cannot fix or restore a damaged economy. Policy makers must formulate clear and unambiguous policies that are consistent with proven and tested economic theories and practices that are empirically researched and served by Economists and experts in that field. The lack of clarity and the uncertainty in the policymaking process will slow economic growth, cause unemployment and impoverish a country.

Then enters the Economic Recovery and Growth Plan 2017-2020 (ERGP), designed by the Government with the principal aim and objective of restoring growth, investment in social infrastructure and building an economy that is globally competitive. The ERGP, though a laudable plan, is a borrowed one and a near repetition of earlier plans, like the Vision 2010 and Vision 2020. The objectives of this plan are very similar to the earlier ones, all aiming to improve on social infrastructure, create more employment and achieve economic expansion and growth.

However, the ERGP, like its predecessors, may have the inevitable fate of monumental failure, principally because all the critical elements and economic parameters set out in these plans, are, more often than not, ignored, thereby depriving the economy the broad diversification needed for increased productivity, transparent market forces competitiveness and growth. These failures can be largely attributed to the poor practices and the lack of the will, and maybe even the skills to mutate these plans from mere paper talk to practical practices and realities.

A clear point at hand is the fiscal policy plan that has failed to recognize the vitality and importance of money supply economics. Fiscal plans must be instituted within the framework of standard gauges that propel successful economies globally.

The essence of export competitiveness and increased productivity must be a complement to fiscal interventions in our annual budgets. Within this plan, the budgets are largely speculative, if one considers that the expenditure projections far outpace the revenue. For this, and for other cognitive reasons, one may draw an inevitable conclusion that these plans are not only retrogressive but are possibly contradictory.

Government alone cannot solve the problems of a dying economy, as the growth of most economies in the world is predicated on the private sector. Government’s desperate bid to generate revenue through mostly anti-people policies like double and excessive taxation of its citizens, and sometimes through obnoxious draconian policies of intimidation and forceful collection of revenue from private business enterprises, can never resolve the persistent fiscal shortages in our budget. The policies of the Nigerian Customs, for an example, to arbitrarily engage in pursuing mostly traders from the East by mounting hundreds of road blocks on the highways, nowhere near the borders, and forcefully confiscating their wares and vehicles and compelling them to pay “Customs duties” is a practice that will negatively impact on the economy. This has limited the amount of importation and the volume of movement of goods and services between state boundaries. Our ports are empty and our markets and roads are soon to be deserted.

Try as I may, to remain academic and scholarly in writing this essay, it behooves my political instincts to venture into a thought -process that may suggest other motives responsible for some of these policies. To question if they are made in the overall economic interest of the country, or under other political vindictive guises, may not be out of place; otherwise how do you justify these actions by the Customs against a particular segment of the people, even as it has not proven to increase revenue of the agency. A look at the IGR of the Customs now and its dwindling fortunes, as against the past prosperous periods, will point at the policy as punitively damaging and a failure.

The question on everyone’s lips now is: have the Federal Government policies failed to stimulate the economy? There are so many policies that may impede the growth of any economy. The real sector’s access to cheap loanable funds, and government’s applied instrumentalities in making this possible will create investment and growth. The CBN, through the banks, must create an availability of money that can be loaned to the private sector, which will then use the loans to create goods and services, as well as added employment. If government policies are inconsistent with the above scenario, rapid industrial growth and employment opportunities will dwindle and the economy will contract and collapse.

Although recent trends in Nigeria are increasingly pointing to the fact that economic performances have been limited by objective factors and institutional regulation, some of these policies are responsible for the financial distortions with disastrous consequences. As there is mounting evidence that the CBN and other government agencies’ interventionist monetary policy is showing, unfortunately, little stimulative impact on the economy, the present theme points with vast presumption that the economy is constrained by insufficient demand that can only be remedied by monetary policy.

My opinion is that most government policies are basically structural and often times beyond the scope of its agencies to provide remedy and solutions through mere proclamations and policy statements. Part of the solution to this economic impasse, is to employ a more viable model that will ginger economic growth through the creation of employment. I propose an intensified skilled trade as a career option for underemployed young adults. We must steer our young citizens into job-oriented vocational training. Whatever happened to our GTCs (Government Training Centers), where pupils were taught the skill required to gainfully find ready employment needed in the industrial sectors?

The key objective is to create skills needed in some blue-collar fields such as pipefitting, welding, construction and other lower value manufacturing sectors. These are areas where foreigners with better training and skills are dominating, encouraging capital flight and increasing unemployment and the misery index in Nigeria.

The paradoxical dilemma of pushing young adults into skill acquisition programmes as against seeking higher education, while pointing to its counter productivity, can be ameliorated with the consideration of the effect of the dangerously sagging skilled labour index. Policy makers must use their forecast and projection of the growth of the extractive industries, to hedge a strong bet with an active institutionalisation of the basic training schools to support the ever growing and increasingly dynamic and strategic knowledge-driven world economy.

This essay, while taking nothing away from the good intentions of our fiscal policy makers, and from their commitment to restore our battered economy, the progress forged in a year or so continues to face a more deeply-rooted set of economic challenges. Our country is on the verge of falling further behind more innovative and competitive jurisdictions if its mundane resource economy is not at par with the fast-moving pace of the twenty-first century. Many analysts are asking if the country’s political institutions and its actors have what it takes to produce rapid changes that will push all the other institutions by taking cues from them to excel and pull Nigeria out of the pits and abyss of Economic Uncertainty in The Midst of Plenty.